When we wrote Customer at the Heart, my co-author Peter Whitelaw and I interviewed several senior executives in large international B2B companies. Some were CEOs. Others were Sales Directors. Many were CX Directors or Chief Customer Officers. To be honest, the really fun part of writing the book was the interview process. Assembling all those interviews into a coherent book was a chore. 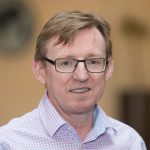 All interviews were excellent and insightful but some went off in directions that we had not planned at the outset.

This blog is about the fundamentals of Key Account Management (KAM) but that was not the topic I had in mind when I interviewed Joe Edwards.

I wanted him to talk about his time as Sales Director at Atos (which we did cover eventually). Before we got to that point, Joe talked about his first job as a sales manager at HP. This led us to a really interesting discussion on account management, key account management and account planning.

I hope you enjoy this short excerpt from Customer at the Heart.

Account managers are called different things in different companies. And in different countries. Sometimes they are referred to as sales managers although less so in Europe than in America. In Europe, ‘selling’ is still regarded as a second-class profession. The ‘salesman’ is a person who deals in used cars or snake oil.

Across the pond in North America, sales is a true profession. Most of today’s sales techniques and approaches have been developed in the USA. In Europe, the term account manager (or some variation thereof) is more frequently used than salesperson. Business development manager (BDM) is a commonly used term in Australia. The titles may be different but the roles are generally similar and involve client management as well as increasing the level of sales within a particular account or portfolio of clients.

To illustrate this point, consider Joe Edwards, the sales director for Atos UK & Ireland whom we interviewed for this book. Edwards started his sales career with Hewlett-Packard (HP) where one of his clients was Boots, the pharmaceutical and retailing company. Senior management at HP then made a strategic decision to reclassify Boots as a key account as they believed it had significant sales potential.

Joe Edwards: After about a year as a sales executive at HP and having a dozen or so accounts, the company turned around and said, ‘Actually, Joe, we just want you to focus on Boots Pharmaceuticals, and we’re going to double your quota.’

I learned that I was skimming the surface with Boots for a year and it was nice and comfortable because I had lots of other accounts I could fall back on if I wasn’t getting the numbers out of Boots. Then the company said: you don’t have a choice; you either make your numbers out of Boots, or you don’t.

That drives a very different set of behaviours, and I thought to myself: “how am I going to do this?”

One of the most fundamental strategic decisions a company can make in its journey towards customer-centricity is the segmentation of its clients. The reason that it’s important to have a clear agreed approach to segmentation is that it drives much of the account management strategy and often the operational strategy needed to service those customers. It also requires a fundamental change in mindset for the account manager.

Joe Edwards: I had to understand what Boots was all about as a business. That meant spending a lot of time on-site to the point where I spent about three days a week with them.

I used to hold clinics in the canteen and anyone who was about who had an IT problem would come and see me. Bit by bit, I built up a set of relationships and trust that convinced them that I wasn’t just in it for taking the order, but I was in it for the long term.

I was trying to improve service and the relationship between the two companies for mutual benefit. As a result, I learned a lot about account planning from the perspective of getting further penetration into the client company. I didn’t know enough about the supply chain or stock room in Boots which we had some opportunity in. I needed to understand the customer from a business perspective, not just from an IT point of view.

“If you don’t have a ‘Plan’ you’re going nowhere”

Joe Edwards: The lesson I took from it was ‘The Plan’.

If you don’t have a plan, you’re going nowhere. And if you don’t create ‘customer intimacy’ in the sense of understanding what your client is, what market they’re playing in, and what new things you can bring to the client to excite them on a regular basis.

If you’re not bringing anything to the table, and therefore the relationship starts to decline.

Joe took these lessons with him to his subsequent sales roles. At Atos, account planning for key accounts became systematic and strategic for all key accounts. When Joe was Sales Director for Atos UK & Ireland, the company had almost 10,000 staff and Joe Edwards’ task was to deliver annual revenues of nearly £1 billion from its customer base. Account planning was critical, particularly for key accounts.

Joe Edwards: What that means is not just putting the plans in place and monitoring every quarter as usual. We would, in our top accounts, have account reviews with the executive board. It was making sure that the CEO and the CXO were all over our accounts on a regular basis.

On those top accounts, we’re going to spend time with them. We’re going to prioritise our time and make several calls a week where we get out there and start talking properly to this client base.

Customer at the Heart

That interview with Joe Edwards – and many others – was taken from Customer at the Heart: How B2B Leaders Build Successful Customer-centric Organisations by John O’Connor and Peter Whitelaw and is available in hard cover or on Kindle.