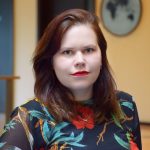 DWF is a global legal firm based in Manchester. We kicked off a new Key Account Programme with them last week. I’m delighted to be involved as it’s the first time Deep-Insight has helped a major international law firm establish a programme like this.

Don’t get me wrong. We have set up hundreds of programmes like this in other sectors. What’s exciting about this one is that DWF is one of only a few legal firms to establish such a comprehensive international programme.

I’m really looking forward to working with Karen Lees and her team on this!

Cork, 10 March 2020
Deep-Insight is delighted to partner with DWF on a new Key Account Programme. DWF is a global legal business headquartered in Manchester in the UK. It supplies services to the global legal market. It also provides complementary connected services to its clients. DWF’s purpose is to transform legal services through its people for its clients using three principal strategic objectives:

Karen Lees is Head of Clients at DWF and has overall responsibility for success. “We are delighted to launch this new and improved client feedback programme. The new approach enables us to gather feedback from our clients globally. More important, it allows us to analyse the trends and act upon the findings. In line with best practice, we will be gathering both qualitative and quantitative data about our clients’ experience with us. Introducing an effective client feedback process ensures we have robust practices in place that allow for a measurable and scalable client-focused strategy.”

John O’Connor, CEO of Deep-Insight adds: “It’s an honour to be working with the UK’s largest listed law firm. DWF is also one of the most innovative legal firms, having been ranked 11th in Europe by the Financial Times. Today, DWF is more than just a UK law firm. It has already completed 15 acquisitions and has transformed itself into a global company operating across 14 different jurisdictions. This new Key Account Programme will help DWF understand how each client feels about its relationship with the firm.”

Deep-Insight is a leading European B2B Customer Experience (CX) company. It was founded in 2000 by a small team of ‘magicians’ with one goal: researching a way to read customers’ minds. Deep-Insight is headquartered in Cork, Ireland and has sales operation in the UK, Netherlands and Australia.

As a Customer Relationship Advisor at Deep-Insight, a lot of clients ask me about innovation. How do I make it happen? What prevents it from happening? How do you create an innovation culture? Very often people ask me: “What exactly is innovation?”

To find out, our CEO John O’Connor recently spent some time with a man who knows all about innovation – Rob Baldock, Managing Director of Clustre, the Innovation Brokers.

I hope you enjoy the interview, and if it sparks any questions, please do get in touch with us.

John O’Connor: Rob, your biography says that you are the MD of Clustre, the Innovation Brokers and that you’re celebrating your 50th year as an innovator this year. Can you tell me more about your 50 years of innovating?

Rob Baldock: Sure. It all started in 1969 when I watched the most extraordinary thing on TV. Two men set foot on the moon. That was something that struck me as being incredibly significant at the time. That was real innovation, particularly when you consider that they were sent to the moon using a computer that wasn’t remotely as powerful as a modern smartphone. Another influence at that time was my maths teacher at school who got us involved with programming at the local polytechnic. While some of my friends were very interested in using this opportunity to play computer games, my mind was moved towards using their computer to solve problems. Even at the early age of 14, I was starting to zone in on one of the essential principles of innovation – look for a cracking problem and then try to solve it.

Rob: I remember at the time, our school was compiling statistics for the local council. The person doing this work was moaning about how tedious and time consuming this task was. I thought this is a cracking problem waiting to be solved. So back in 1969, at the age of 14, I convinced the local council that I could write a computer program that could do this and even persuaded them to pay me to do this for them! So I quickly learnt another principle of innovation – you need to be a good salesperson too.

Rob: By the way, the other interesting thing about the moon landing is that John F Kennedy didn’t know if it was even possible in 1961 when he challenged NASA in to send a man to the moon by the end of the decade. It may have been ‘Mission Impossible’ but there’s nothing like a seemingly impossible task to concentrate the mind.

Rob: Another situation which influenced me was the problem encountered on board Apollo 13 which should have been the third moon landing but turned out to be literally a life and death problem for three astronauts. With no more than some slide rulers, a basic simulator, some pens and paper, a lot of brainpower and some real time pressure, a small team of people innovated a solution to save the three astronauts. Innovation starts with a cracking problem and is actually helped by applying time pressure to it.

Rob: One of the firms we represent sets itself the challenge of coming up with a solution to a problem within a month or so. Problem to prototyping in a 4 week time-frame. That may or may not always be possible but the time pressure imposed by that 4-week timeframe is important. I have found that creative minds work based when placed under time pressure!

John: That’s a nice segue into the definition of what invention is. You talk about ‘Invention versus Innovation.’ What do you mean by that?

Rob: Innovation is about finding ways to do something differently or better. That’s the essence of innovation. Innovation is not always synonymous with the with game-changing ideas. In fact, new inventions are few and far between. For example, look at Uber. Uber is an example of Innovation rather than Invention. All of the components were there already: cars, drivers, sat nav, smartphones… but Uber has managed to pull it all together into an app and deliver a truly disruptive service via a smartphone.

“Innovation is as much about speed as it is about creativity”

John: It’s a great example but Uber is a modern tech company. What about traditional companies? How should they approach innovation?

Rob: Innovation is a hot topic in traditional companies too and it’s about asking the question “what does it require us to do differently?” Remember we are in the era of mass disruption. What is different today is the speed with which you can create something from nothing. You can disrupt or be disrupted in a very short timeframe which means you need to do things at speed. In fact, it’s as much about speed as it is about creativity.

John: But traditional companies are not usually known for speed…

Rob: If it’s too hard to do internally, then companies need to recreate themselves outside the confines of the current organisation. Look at the banks in the UK. Many have come to the conclusion that it’s easier to create a new standalone business bank than trying to re-engineer their existing operations.

Rob: Another example is Rightmove which was created in 2000 by the top four corporate estate agencies in the UK. It was a standalone entity that competed against its founders. Now Rightmove has a valuation which is greater than the combined value of the estate agents that got together to build it. Another example is the mobile operator Giffgaff which was set up by O2’s owners Telefonica in 2009 and is ranked as one of the most innovative companies in the industry.

John: Are there other ways of being innovative which don’t require you to recreate yourself or implement such radical solutions?

Rob: Yes, of course. You need to establish a culture of customer-led experimentation.

John: Can you explain…

“Just by involving the customer, the success rate increased to 9 out of 10”

Rob: Let me give you an example. Another firm in our network worked with a major international publishing company to look at the way they created new products. At the time, this company had a 3 in 10 success rate with new product launches. That wasn’t sustainable. They needed to improve their hit rate. We showed them a different way of approaching the problem by working with their target customer groups from the beginning. Just by involving the customer, the success rate increased to 9 out of 10. We know that the very act of involving customers in the innovation process will dramatically increase the likely success rate.

John: What are the main roadblocks to Innovation, and do you need to throw money at the problem?

Rob: Roadblocks? It’s lots of things – bureaucracy, structural barriers, culture, and so on. But remember that Innovation must also be thought of as a process, and one of the key things in innovation is to have a hypothesis and to be able to test it. That’s a key technique. And it doesn’t need to involve huge cost.

“Poverty is the mother of invention”

Rob: Let me give you an example. We were talking to an operator of some leisure centres where they faced a problem of members sharing their membership cards with friends and allowing them to use the leisure centre’s services without paying. One of the potential solutions with the use of facial recognition to identify if the card holder was actually the real owner of the membership card. The hypothesis was that the introduction of facial recognition software would deter this behaviour so they went ahead and bought some of this tech to try out . But they didn’t need to actually buy the tech to test this hypothesis out. They could have simply put up a sign saying “We are trialling facial recognition in this leisure centre.” That alone would have been enough to test the hypothesis! Remember: poverty is the mother of invention.

John: Thank you Rob, that was fascinating. Where can we find out more about Clustre’s work on innovation?

Rob: Easy. Just go to our website or drop me an email at robert.baldock@clustre.net.