In a previous blog, I wrote that Europeans were more stingy than Americans when it came to customer feedback. Or words to that effect. 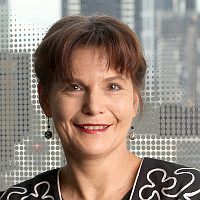 Since then, people have been asking if this is REALLY true, and where is the evidence for this claim.

Well, yes it IS true and while I’m not an expert in the area, I do know somebody who is: Anne-Wil Harzing, Professor of International Management at Middlesex University, London.

We recently sat down with Anne-Wil Harzing to discuss these differences.

John: Professor Harzing, if I look at our own clients – which are mainly headquartered in Europe, USA and Australia – their customers can be based anywhere in the world. When we often report results back by country, we often identify differences from country to country in Customer Relationship Quality (CRQ) or Net Promoter Score (NPS). How should we interpret those differences?

Anne-Wil: Good question – let me answer that in two ways. First, there are characteristics at a country level such as power distance, collectivism, uncertainty avoidance and extraversion which all have a major influence on the way people respond to questionnaires and surveys. This is particularly true when you use Likert scales – you know, the 1-7 scales that you use, or the 0-10 scale that’s used in Net Promoter Score surveys. Second, there are differences based on whether the respondent is replying to a questionnaire in his or her native tongue. Also, English language competence is positively related to extreme response styles and negative related to middle response styles.

John: Can you explain the difference response styles?

John: Can you give us a few examples of those country differences?

Anne-Wil: Sure. Respondents from Spanish-speaking countries show higher ERS and ARS while Japanese and Chinese respondents tend to be far less extreme in their response styles. Across Europe, the Greeks stand out as the highest levels of acquiescence and ERS. Countries across Northern and Western Europe – where many of Deep-Insight’s clients are based – tend to exhibit fairly similar response patterns.

Anne-Wil: High ERS and high ARS – you’ll generally get a more positive response from an American audience than from a Western or Northern European audience.

John: That’s very much in line with our own findings. We also see it in a lot of discussions around Net Promoter Scores (NPS). On some American websites, you will read that the average NPS for B2B companies is between 25% and 30%, yet our experience at Deep-Insight is that the average NPS score is closer to 10% and this may well be related to the fact that the majority of our customers (or more important, their clients) are European or Australian, rather than American.

Anne-Wil: It just goes to show that you need to take great care when interpreting cross-country scores. When people complete a survey, their answers should be based on the substantive meaning of the questions. However, we know that people’s responses are also influenced by their response style, so differences between a company’s geographically-based divisions might simply reflect differences in the way clients respond to surveys, rather than picking up real differences in the ways those divisions are going to market.

So Europeans ARE more stingy than Americans!

Our own research – although more anecdotal than Professor Harzing’s – backs up her results. Apart from the higher NPS scores I mentioned in the discussion, I also see Americans give higher Customer Relationship Quality (CRQ) scores than Europeans. We pick this up on the standard deviation figures from our results as well. This often results in fewer “Rationals” in the customer base of American clients. (Rationals are good, but not extremely loyal, customers who typically make up 50% of a typical customer base for any of our clients.) In contrast, American clients tend to have more “Ambassadors” and sometime more “Opponents”, which reflects the ERS and ARS styles that Professor Harzing describes.

In her paper, Harzing concludes that:

“Regardless of what remedy is used to eliminate or alleviate response bias, the first step towards finding a solution is acknowledging that response bias can be a serious threat to valid comparisons across countries. We hope this article has provided a step in that direction and that in future response bias will receive the attention it deserves from researchers in the area of international and cross cultural management.”