Shay Walsh is the Managing Director of BT Ireland and was our guest speaker at a recent breakfast seminar at the Irish Management Institute. His topic was “Customer at the Heart” and Shay told the story of how BT transformed itself into one of Ireland’s leading customer-centric companies. It wasn’t an overnight transformation but BT was lucky enough to have a series of MDs, all of whom shared the passion for putting the customer at the heart.

Back in 2008, BT Ireland knew that it had poor or deteriorating relationships with some corporate and government customers but didn’t have an accurate assessment of the quality of these relationships. Chris Clark is the first leader in Shay’s story. He was MD who asked Deep-Insight to find out.

The initial customer feedback was poor. Very poor. BT was in the “Danger Zone” but Chris Clark now had a baseline from which to rebuild the business. Shay Walsh was part of Chris’ leadership team and ran the Irish wholesale business. Chris and Shay had no easy fixes – there was no silver bullet. Just a lot of poor processes, unhappy customers and a leadership team determined to get to the bottom of the issues and do the right thing for their customers. 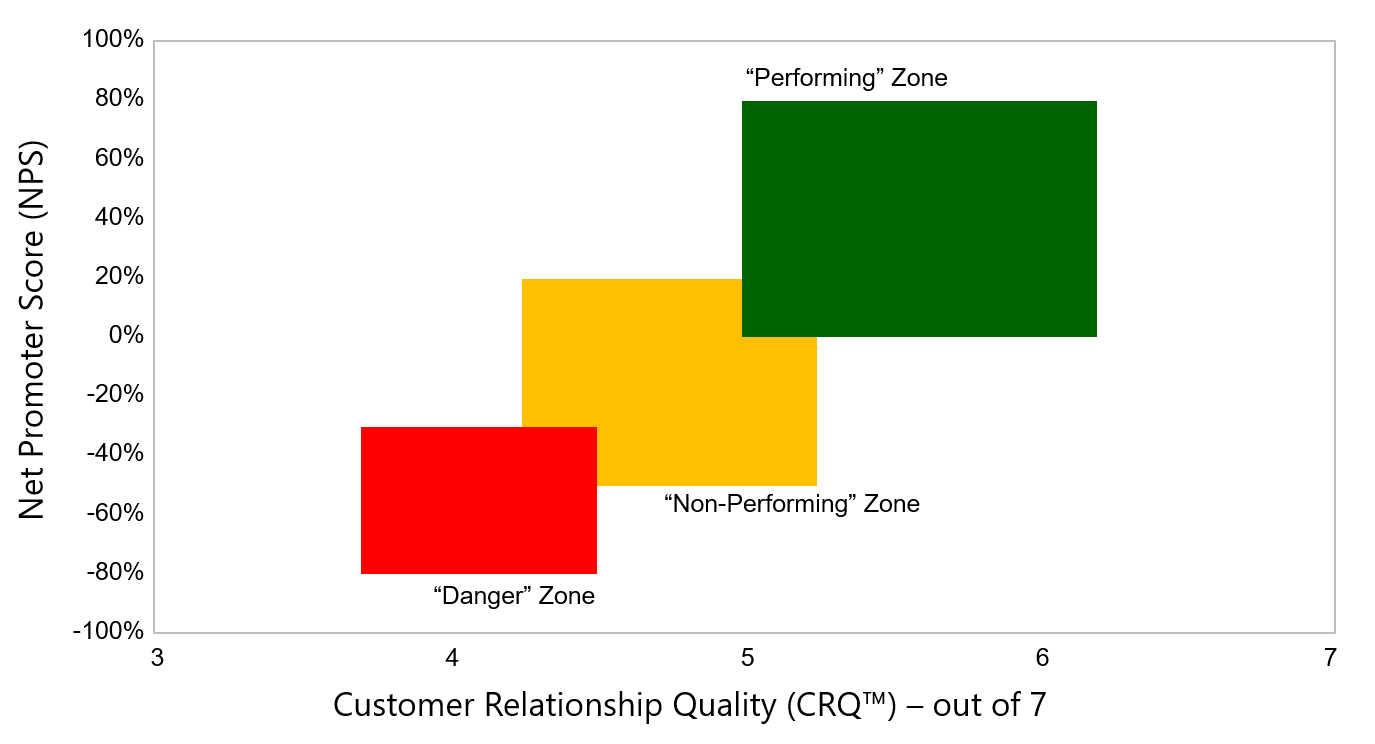 From Bad to Good

Chris, Shay and the rest of the BT leadership team all believed passionately that the journey to financial success had to be built around a clear focus on the customer. They set about fixing what was broken and repairing the damaged client relationships. When Chris got promoted within BT, Graham Sutherland took over as MD. Progress was slow at first but Shay and other members of Graham’s leadership team finally got to grips with the underlying problems. One by one, they fixed them. They called the overall transformation programme ‘Customer First’. By 2011, BT had not only exited the “Danger Zone” but had managed to get into the “Performing Zone”.

From Good to Great

Was it Worth It?

Absolutely, says Shay Walsh. BT Ireland is still in the “Unique Zone” but more importantly, the company is in a profitable and extremely stable position. Shay’s final slide sums up the BT Ireland story and the benefits of putting the customer at the heart:

If you want to find out more about the BT Ireland story or how to put the customer at the heart of your company, contact us today.

This is a summary of the BT Ireland story. To hear Shay Walsh tell the story in full, just follow this link to the podcast on the Irish Management Institute website: